The Catholic Church went through a litany of scandals in the 1980’s and 1990’s, unfortunately, they did not learn from their prior mistakes. It’s 2018 and we are living through another series of scandals that suspiciously resembles the exact same scandals from twenty years earlier.

The Catholic Church is in a world of hurt right now, multiple states are subpoenaing Catholic Churches and Dioceses all over the United States. The newest player to the criminal investigation, is the state of New York. NY Attorney General has issued subpoenas to every single diocese in the state.

Multiple scandals involving the child trafficking and sexual assault of children has rocked the Church this year. Earlier this year, the entire upper management of the Church in Chile, 31 Bishops and three retired all resigned from their posts at the Church and put their future in the hands of the Pope.

Article from Catholic.org on police bust at Cardinal’s home 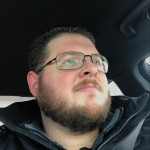